Remulo the African Wild Dog was finished arround 2015. He is one of my very first suits (Actually the fourth) but got two new heads since then. The reasons for that are simple: back than I used cardboard for making the base of the first head which head it's downsides- the second base featured the material "Elasto-Plastic" and was the very first base I had ordered for printing. The material itself was quite funny to use since the base could be deformed like one out of a foam. Unfortunately on the long run the material did not match the requirements since it remembered where it was deformed and even broke at some intersections. So as you see it is used for Material-Research as well.

For the most recent version I made a matching set of armor and a greatsword which both was inspired by the dark souls series. Working with EVA-Foam for the armor helped me also to learn some tricks that where used on the antlers of Noweti. 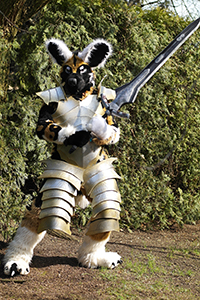 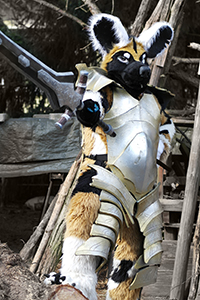 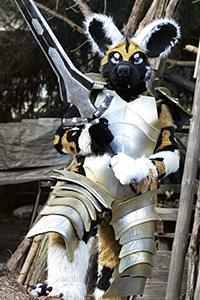 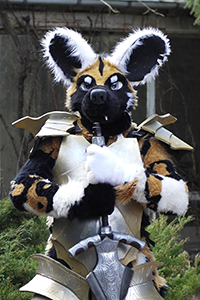 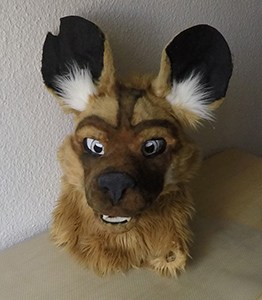 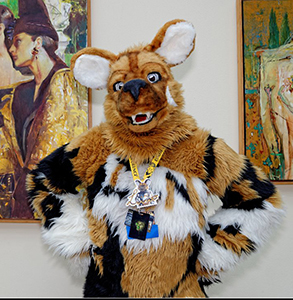 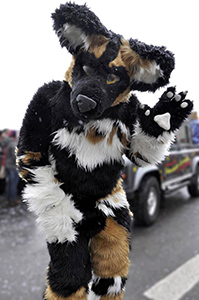